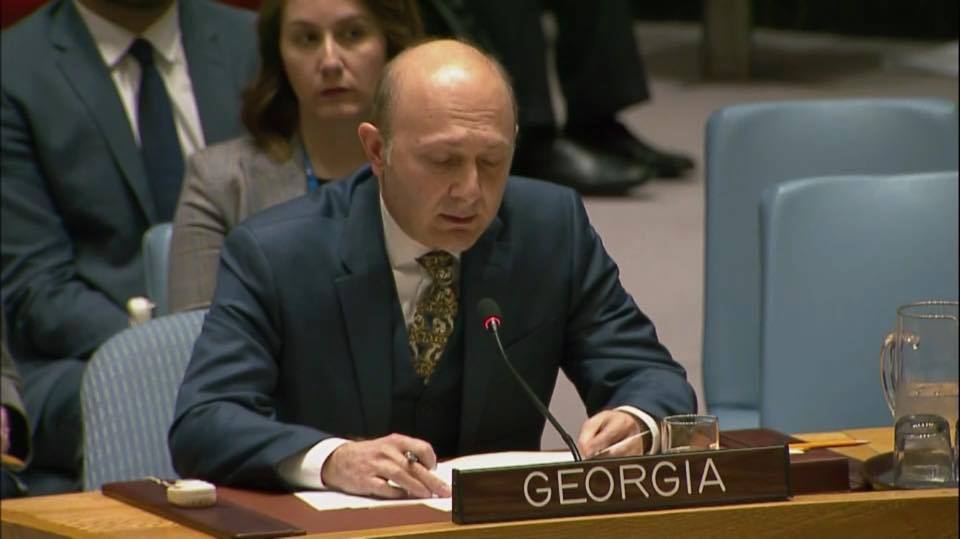 Occupied Abkhazia and Tskhinvali regions became territories where murder and torture remain unpunished, – Kakha Imnadze, Permanent Representative of Georgia to the United Nations made the regarding statement.

He stressed on the importance of peacekeeping operations in global security and changes in coping of facing challenges. Kakha Imnadze talked about experience when UNOMIG mission was stopped in 2009 that became a dangerous precedent in the history.

The focus was made on the current situation across Georgia’s occupied regions and murder case of Archil Tatunashvili, Georgian soldier who died in occupied Tskhinvali region.