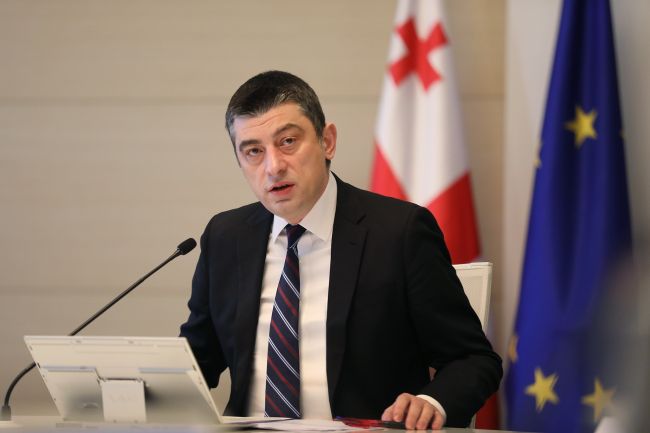 Inter-Agency Coordination Council led by the Prime Minister of Georgia is working in an intensive manner by taking into account the current situation in the country and global trends, thus implementing its own Action Plan in line with the pandemic preparedness announced by the WHO several days ago.

By taking into account the current statistics from all over the world, situation in Georgia remains stable through coordinated and timely implemented measures. Nevertheless, challenge is huge and each citizen should demonstrate high degree of civil responsibility both towards oneself, as well as towards general public.

Government of Georgia and predominantly Ministries of Health, Interior, Justice, Foreign Affairs, Economy, Education, Finance and Regional Development, along with other public institutions has moved towards 24/7 work schedule in the current emergency circumstances.

Currently, 24 individuals have been confirmed positive for COVID-19. Each patient is under a comprehensive medical care, while citizens having had interaction with the infected individuals are subject to procedures defined by the Ministry of Health through its protocols.

Inter-Agency Coordination Council of the Government of Georgia regularly publishes new resolutions and recommendations in line with its Action Plan.

One of such most significant preventive measures is to avoid intensive concentration of citizens in closed spaces. Therefore:

1. Nation-wide holidays announced by education and child-care institutions have been extended to April 1, 2020;

2. Mandatory military recruitment scheduled for spring has also been postponed till April 13, 2020;

3. Part of staff employed at line ministries and other public institutions have been temporarily moved on distance work schedule and namely those whose work profile does not require physical presence at work will work from home. Such recommendation is given to private companies as well. Though, we wish to underline that such work schedule should not jeopardize the effective performance of one’s duties and should not affect the staff remuneration;

4. Individuals kept on probation will be liberated from a duty of visiting the Probation Bureaus and from complying with requirements of the regime through April 14, 2020. Necessity of physical interaction with a probation officer, along with the compulsory meetings with social workers or psychologists is cancelled at this point. Failure to visit probation bureaus will be deemed excusable and no legal consequences will follow;

6. Education, sports and other events envisaged for attendance of a wide number of people will be suspended in Georgia.

• Grand Prix in Judo originally scheduled for March 27-29 at Tbilisi Olympic Palace has been officially cancelled with a decision of the International Judo Federation (IJF);

• Georgia-Russia game in rugby under the European aegis scheduled for March 14, 2020 at the Stadium Named after Mikheil Meskhi will be held with no spectators.

With a resolution of the Inter-Agency Coordination Council of the Government of Georgia, restrictions are being extended for border crossing by air and land transportation both for citizens of Georgia and foreign travelers:

List of original countries – China, South Korea, Iran and Italy – is extended to also cover Germany, France, Spain and Austria. Individuals travelling from these countries are obliged to:

1. Present an evidence of their lab test for the novel Coronavirus (COVID -19) (specifically the Polymerase Chain Reaction (PCR) Lab Test Results) which will be issued by a respective laboratory in the country of departure or a transit country, if travelling through a third country.

2. If and when an individual fails to present the PCR Lab Test Results, s/he should undergo an applicable epidemiologic inspection, followed with a compulsory 14 day-long quarantine procedure in line with the Rules defined by the Ministry of Refugees from Occupied Territories of Georgia, Labor, Health and Social Security of Georgia.

We urge citizens of Georgia to keep away from travelling overseas if not for an unavoidable necessity!

Effective fight against the COVID-19 requires not only greatest caution and attention of the Government, but society at large.

Hence, absolute adherence to the rules of self-isolation is most important.

We categorically call upon you to demonstrate civil consciousness and keep away from breaching the rules of self-isolation!

Ministry of Internal Affairs of Georgia ensures a strict control over the compliance with the rules of self-isolation in full coordination with the Ministry of Health of Georgia.

We stress that along with a medical care of our citizens, Government of Georgia takes intensive steps towards effective response against those challenges that may affect the economy of the country through a further spread of COVID-19.

Work is already actively pursued with businesses, including the banking and tourism sectors, along with other segments of the private sector.

Economic team of the Government of Georgia will submit a specific Plan of Economic Incentives by close of business (COB) on March 12, 2020 to mitigate the potential impact caused by the global pandemic on the economy of Georgia.
Also, it needs to be underlined that unfortunately due to the occupation of territories of Georgia and close-down of the so called crossing points, Government of Georgia lacks the possibility of delivering healthcare services to residents of such occupied territories, which is particularly vital in the given circumstances.

Hence, Government of Georgia is working in an intensive manner through all possible means, including those with an engagement of international partners to carry out preventive measures and provision of information to residents of occupied territories and to ensure access to medical services in case of need.

In addition, it is very important that citizens of Georgia rely and trust only verified and officially validated information on the current situation related to COVID-19, which is available at a web-site designed and administered by the Government of Georgia at StopCoV.ge. 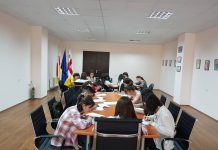